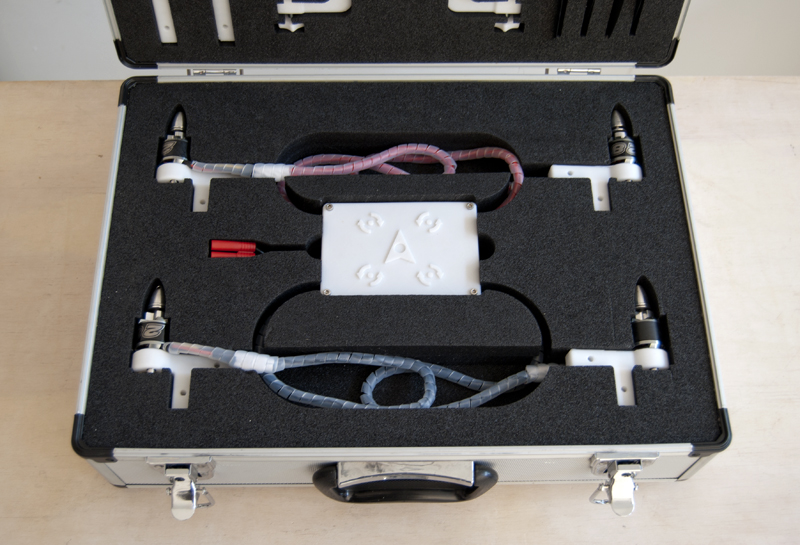 The DIY (Drone It Yourself) v1.0 kit offers you the opportunity to turn any object into a drone*, simply by attaching four motors and a control unit – no technical know-how needed. The kit consists of multiple parts that are easy to assemble and can be attached to a wide range of different objects.

The DIY (Drone It Yourself) v1.0 kit was a response to the way drones were portrayed in the media at the time, with the term ‘drone’ being used for both small remote controlled toys, as well as military airplanes with a wingspan of 20 meters. At the time most people seemed to know this word from the news, and automatically so thought all drones were dangerous weapons. In reality, they are being used for many different applications, from finding lost hikers to keeping track of crops by farmers. This kit is meant to be a neutral piece of technology, offering the bare essentials needed to make something fly, which function is determined to the object it is connected to. Whether this is a camera, a machine gun or a bicycle wheel is up to the pilot.

The kit has been open-sourced, allowing anyone to create their own version. You can take the 3D files and print them yourself, or use an online fabrication service to have them printed. If needed you can take the original designs and change them to fit your specific application, or create extra add-ons to extend the kit. A bill of materials with all the parts I’ve used is also available, but you shouldn’t have too much trouble using similar parts. Step by step instructions on building your own can be find on Instructables.

The plastic parts used for the version displayed have been 3D printed in ABS. The control unit contains a receiver, four ESCs, a bluetooth module and an OpenPilot CC3D flightcontroller.

* Technically this would be an Unmanned Aerial Vehicle (UAV), not a drone, but drone seems to be the term most used. 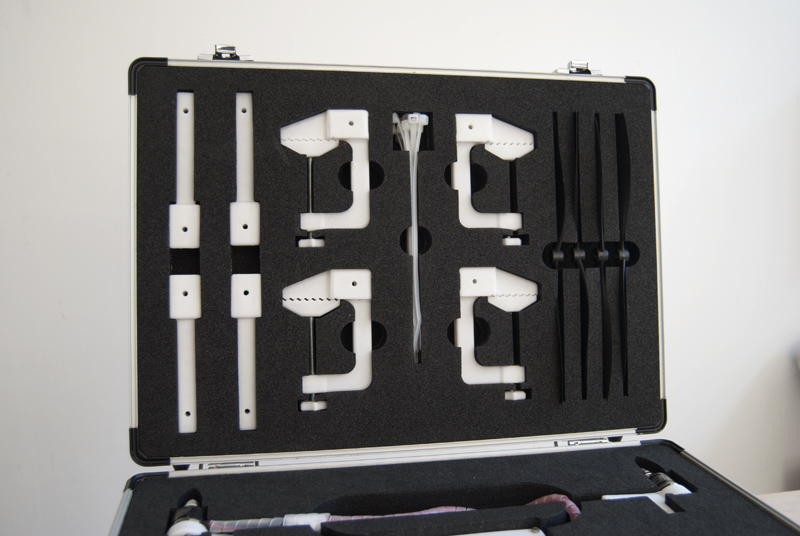 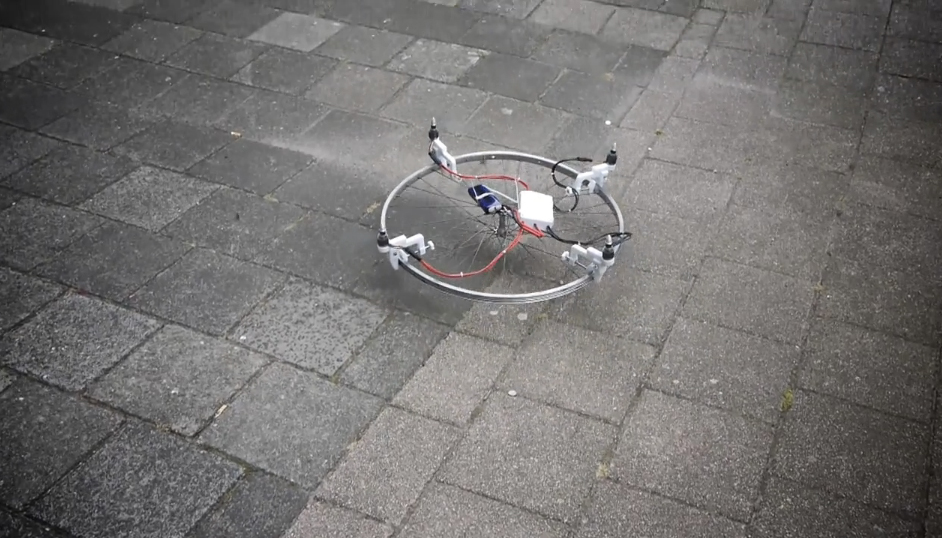 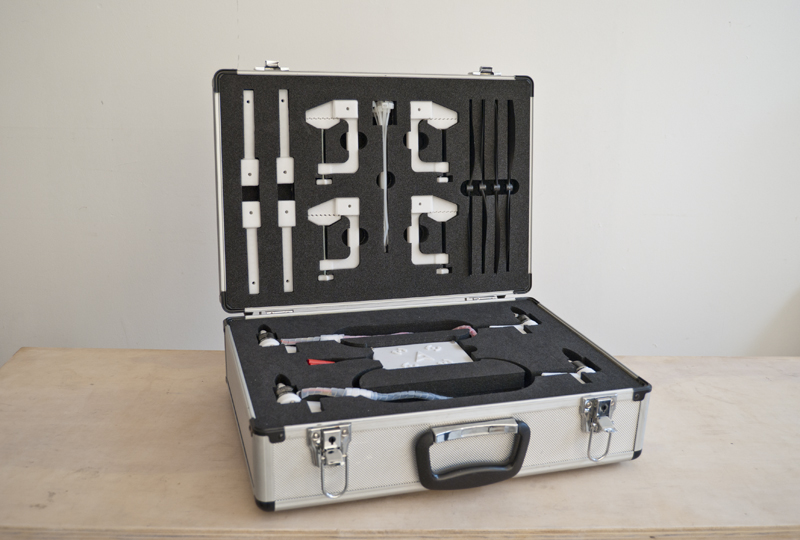